I think it’s been about a year since I’ve posted. As always, sometimes life gets in the way, which I’m sure you can all relate to. I’ll be doing a little life update in the next couple of weeks, but for now, I have something more important I feel I need to talk about.

Last week, I lost a friend.

Let me start from the beginning.

Seion and I met through online gaming in 2010. I was a noob and needed A LOT of help to understand the game, and Seion was so patient with me and taught me the ropes. Needless to say, I was very grateful, and we formed a bond. Eventually, I stopped playing because the game mechanics made me anxious, but we ended up becoming friends beyond gaming.

I’ll be the first to admit that our friendship hasn’t been the easiest over the years. Even though we had common interests, we both had curve balls thrown at us at different points of our lives, some of them outside of our control. Occasionally, we would go months without talking to one another, and then suddenly, we’d be talking again. Sometimes just about general things, and other times we’d have really meaningful conversations.

As I have gotten older, I’ve come to realise that these types of friendship cycles have become completely normal for me. I understand that life gets in the way, and people grow into their own over time. I’ve watched my friends blossom and become wives and mothers, busy with their own lives. But just because I don’t speak to them all the time, doesn’t mean that they’ve forgotten about me and don’t like me anymore, it just means that the time that I spend with them is all the more precious to me. When we talk, we just pick up where we left off, because that’s the type of friendship we have.

But there isn’t a ‘one size fits all’ when it comes to friendship. And my friendship with Seion suffered because we had differing views on what the whole concept meant. I know on my part, there were definitely times where I was selfish, self-centred and immature. There were also times where I wasn’t available to be there when it mattered the most. I won’t go into specifics, but I was a terrible, terrible friend.

I struggled with what to say in difficult conversations. I probably came across as dismissive at times.  I lacked compassion. I wasn’t completely open as I should have been and I played down serious issues, when they needed to be talked out.

But now it’s at the point where we have said our goodbyes. I understand Seion’s reasons for ending our friendship completely, especially when emotions come into play.

But the reason why I’m writing this is because of something Seion said to me.

That I wouldn’t care if we never spoke again.

And that’s not true at all.

Even now that our friendship is over, I think about Seion almost everyday. I’m still coming to terms with the fact that I have lost 9 years of friendship with someone and it makes me sad that we’ll probably never talk again.

This is my public apology:

Seion, I am sorry for the way I have acted. You were always there for me when I needed  you and I took that for granted. We have been through so much over the past 9 years; some good, and some bad. I’m sorry I couldn’t be what you wanted and I understand your reasons for ending our friendship. Thankyou for enlightening my life.

I hope that wherever you are, you are well and happy.

I won’t ever forget you.

Hi there and welcome to my blog! This is a little space on the web just for me to write about things on my mind :)

Feel free to drop me a line sometime – I’d love to hear from you! 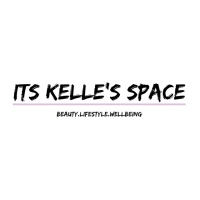 The musings of an Islander in the big City...

Becoming a Better You

Living With A Mental Illness

Fighting the Darkness of Mental Illness with Manchester Spirit